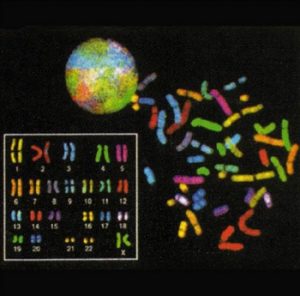 PGD (Pre-Implantation Genetic Diagnosis)   is a test that can be used in IVF (In Vitro Fertilization) to diagnose a genetic or chromosome disease in embryos before implantation in the mother's uterus.

Couples at greater risk of having children with such genetic abnormalities as Down's Syndrome, Muscular Dystrophy, or Hemophilia can discover by means of this test whether the embryo has any of these diseases.

This technique, used in fertility treatment, consists of removing for analysis one cell from the embryo (embryo biopsy) in a laboratory, on the third day of development, when the embryo has about eight cells, before placing it in the uterus. This procedure does not affect the future baby and can provide a result in only a few hours.

Embryos that show a problem should not be transferred, and in special cases the procedure can be followed in women over 40. At this age the chances of giving birth to a child with genetic problems are one in forty, whereas in younger women, up to 35 years of age, they are one in two hundred.

Up until the end of 2010 this was the only procedure used in Brazil, but recent studies have shown a considerable rate of so-called 'mosaicism', when the embryo has more than one type of cell, and in these cases we might be discarding normal embryos even with a single altered cell.

The technique known as COMPARATIVE GENOMIC HYBRIDIZATION (CGH) arrived in Brazil in October 2010, along with biopsy of the BLASTOCYST (the embryo on the fifth day of life).

Array-CGH is a molecular cytogenetic technique that enables verification of whether submicroscopic chromosomal segments are lost or gained in an individual's genome. Karyotype G-banding is a cytogenetic technique that provides similar information, but with a lower limit of resolution. The array-CGH test cannot detect balanced chromosomal changes, such as reciprocal translocations, inversions or insertions; nor can it identify changes in mitochondrial DNA and point mutations. It cannot identify mosaic-type chromosomal changes with a less-than-30% frequency.

The main advantage of this technique is that the amount of DNA to be analyzed is much larger (since a blastocyst biopsy allows several cells to be removed), which significantly reduced the rate of error in the diagnosis. Furthermore, it can analyze all the chromosomes, and not merely the 11 that were possible with one-cell PGD. The high cost is still, unfortunately, a limiting factor, but I believe that in a few years time blastocyst biopsy CGH will completely replace one-cell PGD.